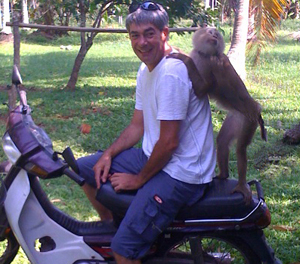 What to do when you arrive in Bangkok

January 12th 2012
Leaving Bangkok, and going down South. Phuket Sun, beaches and sand, with the daily expenses.
Contact Me 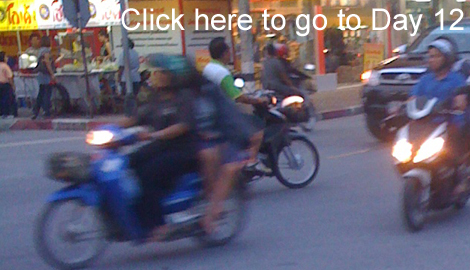 Today had me doing some serious catch up, and only going out to get a bottle of Coca Cola and clear my head. I like to think of the walk to the shop as exercise. I'm also becoming a lot more aware of how easy it is to go over budget, living on $400 a month 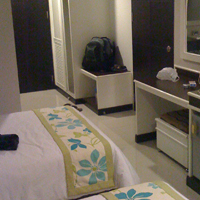 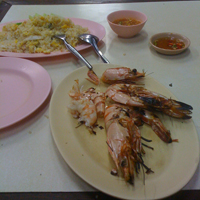 Tips about Bangkok for someone just arriving in Asia
The chances are if your heading to Thailand there is a good chance you will be doing an overnight or more in Bangkok. On arriving I was very surprised at how modern and big Bangkok is "impressed" describes best how I felt. I booked a simple but central hotel room, through Agoda before arriving, cost was around $40 a night, similar to the one in the picture above.

If this is your first trip to Asia, Bangkok is not the easiest of places to hit the ground running 'unless you got a friend before you left'
It is everything that you can imagine a big city to be "think New York" then triple it. You are now in Asia and everything is different, forgets all you hear about every one speaks English with a smile and wants to help. Everybody speaks Thai and is busy doing what they need to do. I have done many large cities including New York and nothing compares with Bangkok. Its fairly well known "you can spot a tourist thats just arrived" a mile off. Here you dont even have a chance to blend in "a duck out of water" would be a polite way of putting how you will look.

Many people rave about Bangkok and with good reason, it can be an extremely cheap place to live and has as much to offer as any major western capital. Lots of places exist in Thailand where you can easily blend in without speaking a word of Thai, and figure it all out much easier than Bangkok on arriving.

I chose Phuket as the path of least resistance for a few reasons, I knew one person vaguely, its an Island, difficult to get lost with the ocean always on one side, and its all set up to cater to westerners coming to Thailand for the first time. Lots of info online to get a basic idea of what to expect 72hrs after arriving in Bangkok I was installed in a small apartment in Phuket.

The next few days, I will cover the first few months after arriving in Thailand and just how easy it is.